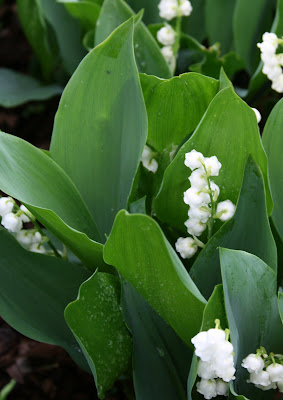 (279)
I have been tagged by Marian Fortunati and asked to share some "unusual" things about myself.
Unusual? That is the assignment? oh gee, maybe you should grab some caffeine and try to stay awake... but here goes:

1. Years ago, my sister got concert tickets for us to see Paul and Linda McCartney--the only concert I ever attended when the audience knew the words to every song---so great. Later when Linda passed, synchronicity played a role in my travel plans, allowing me to be in London on the evening of her memorial. Like thousands of others, I stood outside St. Marins in the Fields and caught a glimpse of Paul and others as they waved hello and filed into the church. Lily of the Valley was Linda's favorite flower so her family had bouquets all along the facade of the church and the invitees were given one as they departed. There were extras, and one of the security guards offered a bouquet to me...lovely.

2. I received my first "art award" was when I was in the 5th grade. The class was was given a huge double bar of Ivory soap (I'm quite sure they no longer make those), and asked to carve something from it. I was so enthralled with Renaissance art at that age, and had just read about how Michelangelo observed a huge piece of marble that no one else wanted, and was able to visualize his sculpture of David within its boundaries. So I studied the shape of my soap bar and tried to imagine what would fit inside my rectangle (about 4"x7" not quite 2 inches thick)--and then I "saw" it. An opened book, lying flat would fit perfectly in that space, and was my "best of show" win. It was the first time I had considered sketching "within the envelope" to find a shape.

3. Although I took art classes in college, my major was psychology, and working with a white lab rat was a requirement for graduation. Let me just say that when a rat bites you, he doesn't let go immediately...and may I also add that when your rat is then running loose in the classroom, lying down on that nice cool science table to keep from fainting can be a godsend. Just in case you were wondering, such an event requires a new round of immunizations. Nightmares? why yes-- for years actually.

4. I first saw the Rolling Stones when I was 8 months pregnant. And a few years later, when that "baby" grew taller than me, we went to hear Mick and Keith again....

5. About 12 years ago, I was liberated by the sudden realization that I do not have to watch the evening news. Who knew? With apologies to John Mayer, I am not "waiting on the world to change" but hoping to follow Ghandi's advice to "BE the change you wish to see in the world." What in the world would we do without that daily dose of horror, you ask? Why not fill your head with what is good in the world instead?...perhaps with words by people who have have something uplifting to say about life like Deepak Chopra, Dwayne Dyer, Mattie Stepanek, Maya Angelou, Elie Weisel, Sarah Ban Breathnach, Eckhart Tolle, just to name a few- So many adults are up in arms about the negative effects of video games, but does the news not also desensitize us to violence? Clearly my news avoidance is "unusual" considering that 24-hour news stations are so very plentiful. (how many are sponsored by anti-depressant drugs?) Go ahead. TRY it-- try a news fast! It will feel weird at first, you will swear that you NEED to "know what is going on in the world" but soon you will realize that for every single sensational, negative story they have chosen for you, there are millions of unreported, inspiring and uplifting ones all around you. Millions!

6. I am ambidextrous in both writing and painting, but I didn't discover that fact until I had an injured rotator cuff.

The rules for tagging are these:

1. put a link in your posting about the artist that tagged you.
2. write 5 -7 unusual things about yourself.
3. tag 5 - 7 other bloggers and let them know.
Posted by FCP

That was fun and I'm glad to hear about your "news fast" because I have done the same thing recently and thought maybe I was silly to feel that way. Now I know I'm in good company!!

Fun reading your meme responses. I stopped watching evening news long ago and actually don't watch much news at all. I like Ghandi's advice.

Hi... That was great ... you have wonderful stories ... the Paul and Linda one gave me goose bumps...
I doubt mine are that interesting...
My grown children are in town for the holidays so I will work on the tag when the festivities are over.
Thank you ... this is fun.

It was fun reading your thoughts about you .... Isn't life wonderful??
I agree totally about the news... Rarely watch it... If my husband has it on and Tyler is watching I encourage him to play a game or do something else in another room.... too much violence for kids.
Loved the clips ... Reminds us to enjoy our time and make the most of it, huh?
Glad you played, Faye!!
I'll be back!

Thanks for tagging me Faye. What a beautiful website you have! I love the "shadow shots" that you have put together.

If it is alright with you, I would like to create a link on my blog to your blog.

I look forward to seeing more of your entries...

Faye, you have struck a biiiiig note with me. I gave up the news a5 years ago. Since then my daily attitude has become extraordinarly positive and upbeat. You are soooo right about the millions of wonderful stories all around us.

Hooray to you for mentioning this. If only others would recognize the value in protecting what goes into our heads. Garbage in/Garbage out as they say. Spread the word!

I know why I've missed being here.
I don't get the paper any more, Hardly watch the news.
I like your thoughts on this and your paintings.
Rock On Faye and Happiest of Holidays to you. 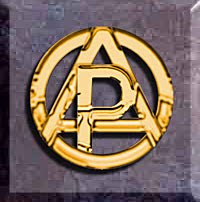